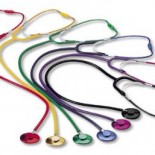 Henry Tonks and the Portraiture of Disfigurement at the Stanley & Audrey Burton Gallery, Leeds

The influential artist and surgeon, Henry Tonks (1862-1937), taught at the Slade School of Art from 1892 to 1930. There, he tutored many students who would go on to become successful artists in their own right, including Malcolm Drummond, Spencer Gore and Stanley Spencer, all featured in the Gallery’s current ‘Rough Draft’ display.

After the outbreak of the First World War, Tonks returned to medicine and was commissioned to produce drawings of facial war wounds, as a key member of the team responsible for pioneering plastic surgery. This fascinating character has been the subject of two recent novels by Pat Barker, Life Class (2007) and Toby’s Room (forthcoming).

In this talk, Dr Andrew Bamji will focus on Tonks’s surgical drawings and paintings and, drawing from patient case studies, discuss his technique, motivation and interaction with the surgeons at Aldershot and Sidcup.

Dr Andrew Bamji is the Gillies Archivist for the British Association of Plastic, Reconstructive and Aesthetic Surgeons (BAPRAS). The WW1 records of about 2500 soldiers treated at the Cambridge Military Hospital, Aldershot, and the Queen’s Hospital, Sidcup, are now held by the Royal College of Surgeons, London, together with over 70 pastels by Henry Tonks.